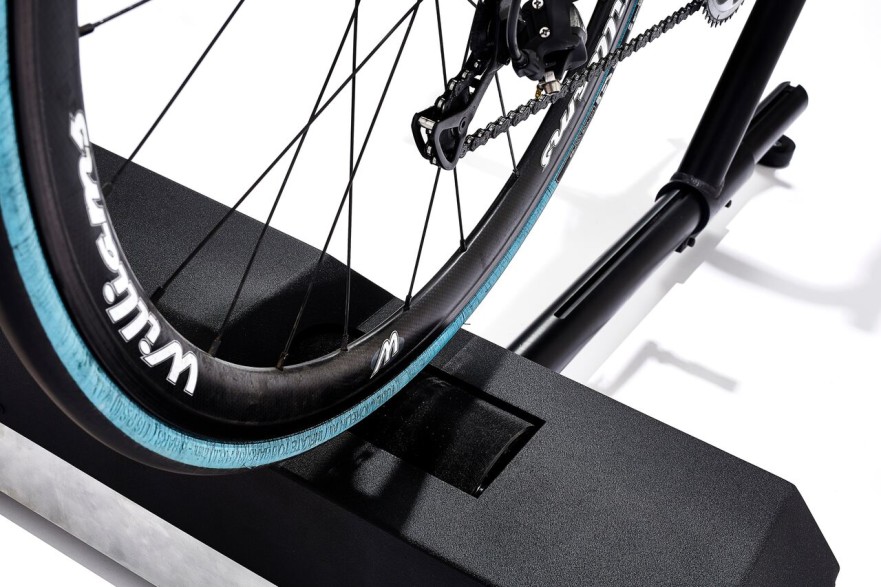 The VeloReality Lynx turbo trainer is an indoor cycling system created by a software company. So we had a device produced from a different mindset than the usual turbo. As a result a very different product! The real question though, is how does the Lynx perform on Zwift? Time for a #ZwiftGearTest!

Does this opposite approach mean that the Veloreality Lynx turbo trainer has benefits that other, more mainstream turbo trainers don’t? Undeniably. But it also might be the reason for a few odd decisions that appear to have been made during the design process

Most significantly is the fact that the Veloreality Lynx turbo trainer is actually a WIRED trainer. You need to plug the unit directly into your computer in order to use it. YES, it is possible to use the Lynx over the ANT+ FEC protocol, there are a couple of setup hurdles which need to be cleared before the end users can use the Lynx as an ANT+ system. Personally, I feel the choice of a wired approach is due to VeloReality’s software origin. In that, a direct, wired connection is always going to provide better software performance

At many points, the odd decisions made on the Veloreality Lynx, feel as though they has been done to facilitate the use of the Veloreality software, rather than the unit as a turbo trainer